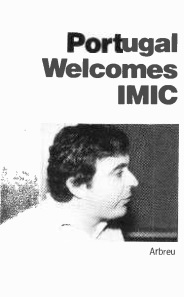 Though the Portuguese group of IFPI has been in existence only since 1977, it has had considerable success in support of the national record industry, said Jorge Arbreu, secretary-general, welcoming IMIC delegates to the Algarve.


But the country's political instability and slow-moving bureacracy had hamstrung the implementation of the full powers of the 1980 revised copyright law, with its strong antipiracy ramifications.


He said: 'The law has been drafted and redrafted several times. Piracy. levels dropped in 1981 but by the end of last year were back to what they were in 1975 and 1976, those unstable years after the political revolution, when pirates had 80% of the prerecorded cassette marketplace."


Now new challenges of technological advances were revealed at every international meeting he said. But Portugal's political upheavals meant an overall lack of authority so that piracy remained the record industry's main concern.


Luiz Francisco Rebello, president of the Sociedade Portuguesa de Autores, national copyright society, in a message read to delegates, stressed: "Producers and authors are partners in the same adventure, that common aim of making life easier to live through music. We're on the same side of the river, no matter what our problems."


New technological developments needed firm measures "so that we're not overcome by them. But those measures must harmonise with the interests of authors, not be taken against them."